It's thanksgiving! And after a long day at work it's time to head home to spend time with your family. However something is amiss. The robots at the grocery store have frozen and shut down, and you need butter...

After a long day's work is a sci-fi comedy walking SIM. We hope you like it!

Press 'A' to interact and for menus

Hey Pigsquad and itch megaverse, Stef here.  Thank you for checking out "After a long day's work." This game was the end result of trying to take an old Twine game I had written as an exercise in learning Twine and flushing out the story into a full game (old, but not too old Twine game).

I'm not an illustrator, and given the short time frame (~ 2 weeks), I began with assets available on itch (more info below). In order to create an interesting and engaging world over the period of this jam, I found  it all came down to remixing and layering assets, like building with Legos.

To start, I'd like to give credit to the following artists whose assets were used in the game:

With GB Studio, scenes are created with tiles, and there's a limit of 192 unique tiles per scene. When I first began I kept on coming across the issue of having too many unique tiles within a scene, causing an error. For the scenes I had already created, I tried trimming down the size of the map. This helped a little bit, but not enough to make it within the limit. In order to make it work, I had to cut back on the different objects I wanted within the scene and repeat tiles, mix-matching sections of objects. For example in the image below, initially there were shrubs, small trees, big trees, etc. Simplifying this, I left only 1 type of tree and then repeated it throughout the scene. Second, I made all the houses have the same roof. In hindsight, I probably should've deleted the fence first as that in of itself is 10 different tiles, and doesn't really add much value to the scene. I would later use fences only when I wanted to draw the player's attention to a specific spot, such as a gap in the fence that might lead to a doorway of another scene. 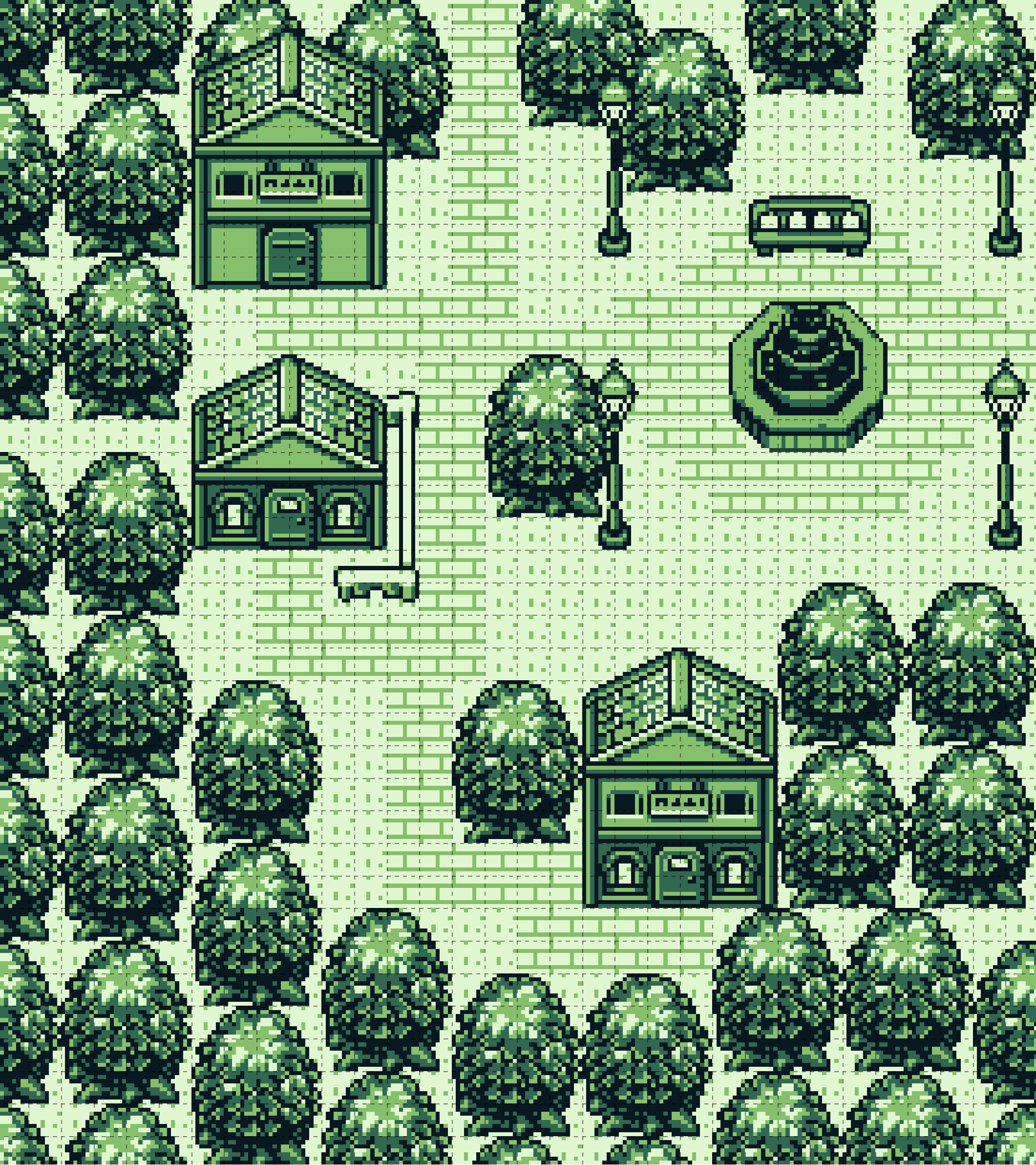 Below are the original houses created by sonDanielson.

While I initially wanted to use the houses as is since they're great, I had to reduce the number of unique tiles drastically for this scene.

Another aspect of remixing involved modifying assets to create new assets needed for environmental storytelling. This meant deleting, recoloring, and mix-matching pixels and tiles. Below are a few examples. 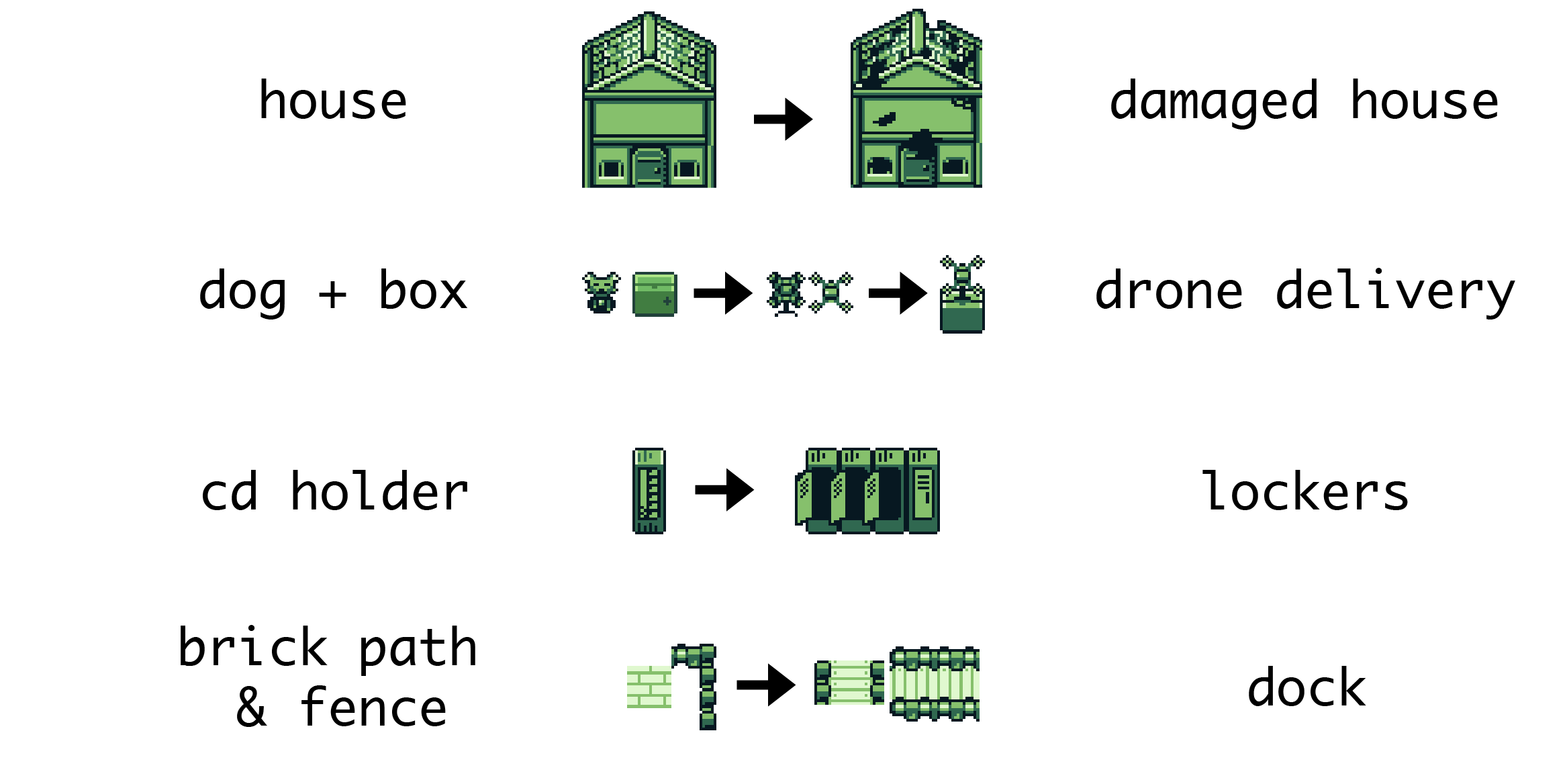 One of the awesome features of Tiled is the ability to use layers when building maps. While initially I used this to categorize different assets (trees, houses, ground), I slowly became more comfortable with using layers to alter tiles of other layers for a more complex appearance.

For example, using water assets that had been altered to appear as waves covering a rundown building.

For the music section I'll hand it over to Kylie.

One of my favorite things about writing for games is learning new skills to adapt to new— or in this case, old— technology. I’ve never worked in GB Studio or with 8-bit music limitations prior to this project, and it’s been a lot of fun! Like a lot of late millennials, I grew up on the Gameboy Color so tapping into that style feels like a throwback to my childhood.
For the uninitiated, the most straightforward way to write music for GB Studio is with a tracker, which dates back to the 1980’s with Commodore’s Amiga computers. There are several trackers for modern game development, but I chose to work with ProTracker 2, which is a clone of the Amiga tracker.
I almost always sketch out my ideas on the piano, but because of the nature and sound limitations of the software I just wrote my ideas directly into my tracker. It’s a really different way to look at music, particularly metrically. Unlike traditional music, time is displayed vertically instead of horizontally, and there are no bar lines but “patterns” which are basically different parts of the composition split up into 64 cells, starting with 0 and ending with 63.

The biggest challenge is GB’s sound limitations. This technology can only support four instrument channels, but in GB specifically channel 3 can only support a squarewave and channel 4 can only support sounds such as drums or explosions. It’s a real test of utilizing a very limited amount of sounds to the best of their potential— the possibilities are there but it takes some creativity and practice to see them!

Oddly, working so far outside of traditional approaches to composition was kind of liberating! Just through trial and error, and trying to learn the software, I stumbled into several cool rhythmic and harmonic ideas I may not have otherwise. 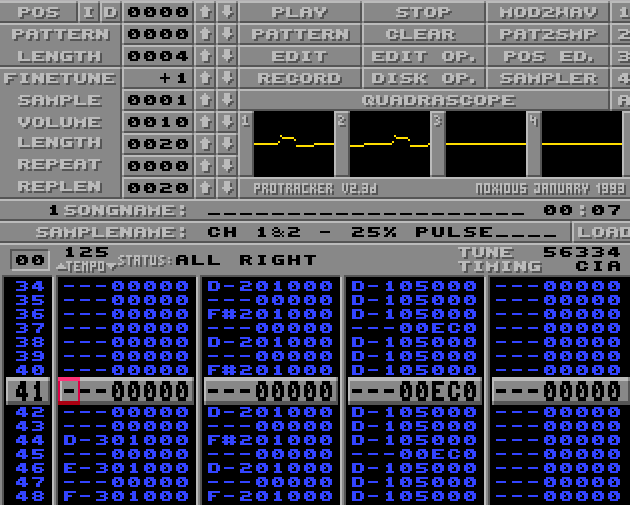 While not diving into too many details, wanted to keep the story light-hearted while also showcasing real human emotions. Tried to keep the emotions expressed through conversations subtle because I wanted them to be grounded in some potential reality. The goal was to keep the dialogue casual and everyday, excluding a few oddities (though perhaps that's everyday as well).

While the game was initially based off of the Twine story of the same name, the Twine story was used more so as a source of inspiration to ask, "what would that world look like?" And "what is a slice of life of that world?" As well as, "how do people interact and communicate when they've gone through so much change?"

The map was designed to add background information to the story. Rather than just have players wander around on an island, I wanted to showcase a world and society that has had to change due to global warming. The small town in the game has decreased in size and moved uphill to higher elevation, and the ruins of the old town are still visible. To emphasize this, the game begins on a different island where the protagonist works, and the player has to fly across the ocean using their rented jetpack.

Even with the mass amount of change, I wanted the story to focus on a small community that lives close together. Thus it was important to have a town center. Also, due to drone delivery and a traveling robotic grocery store, there are no roads for cars, just pathways for people.

While movement in the game is restricted to pathways, I tried to design varying elevation in combination with diverse landscapes to make it interesting to wander.

After I had my initial thoughts down, I sketched it out on paper before creating it in Tiled.

Thanks! It's a combo of a few different artists including sonDanielson, rhys, and others.

Wow, so much work put into this! Awesome job getting this all finished before the end of jam! :D

thanks! :) it was a rush, but first full video game so a lot of adrenaline haha

If anyone wants the ROM version of this when it's complete just let me know, cheers!

Oh that would be nice! Love to play cute RPG on handheld :)

Cool! Should be adding in some more small things here in a day or two, and will upload it!

Just added the ROM file, seems to be having a couple of issues when I open it in OpenEMU, will try to get that fixed as soon as possible

Should be good now! 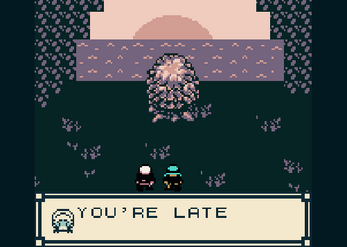 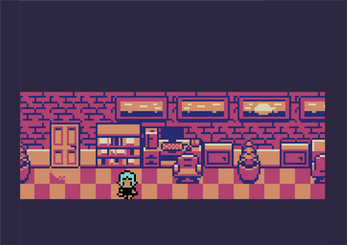 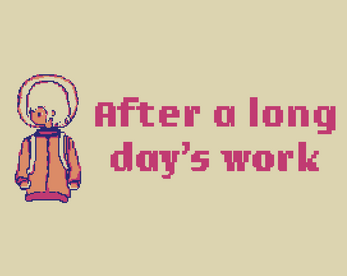 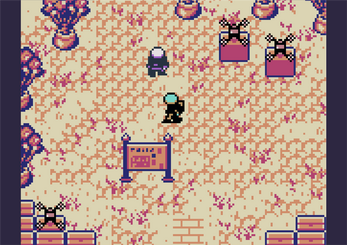 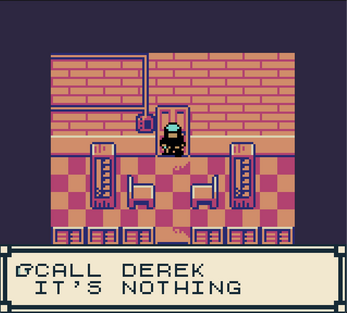